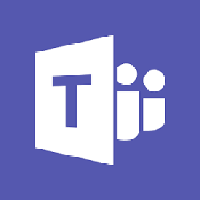 As organizations continue digital transformation, especially in the wake of COVID-19, IT leaders are seeking feature-rich, reliable, cloud-based calling solutions.

Why threat hunting can protect your organization from a security breach

Reactive security practices will only get you so far.

With a sudden move to full time work from home for many businesses, most are evaluating the impact on productivity rates, collaboration, governance, and data security.

With the recent COVID-19 virus outbreak, rmsource is closely monitoring and adjusting based on the CDC and WHO recommendations...

The data-driven future is here – and winning organizations understand the power of their data and how to harness it.

The US Computer Emergency Readiness Team (US-CERT) has issued an alert stating that it has received multiple reports (worldwide) of Petya ransomware infections. Insure you have the latest Microsoft Patches installed.

Microsoft and Adobe have issued security patches for systems (to include legacy/unsupported platforms, such as Windows XP, Server 2003, Vista) to address multiple vulnerabilities on systems that are believed to be at imminent risk.

WannaCry is a ransomware program first detected on Friday, May 12, targeting vulnerabilities in Microsoft software. Since the onset of the attack, it is estimated that 200,000 computers in 150 countries have been affected.​